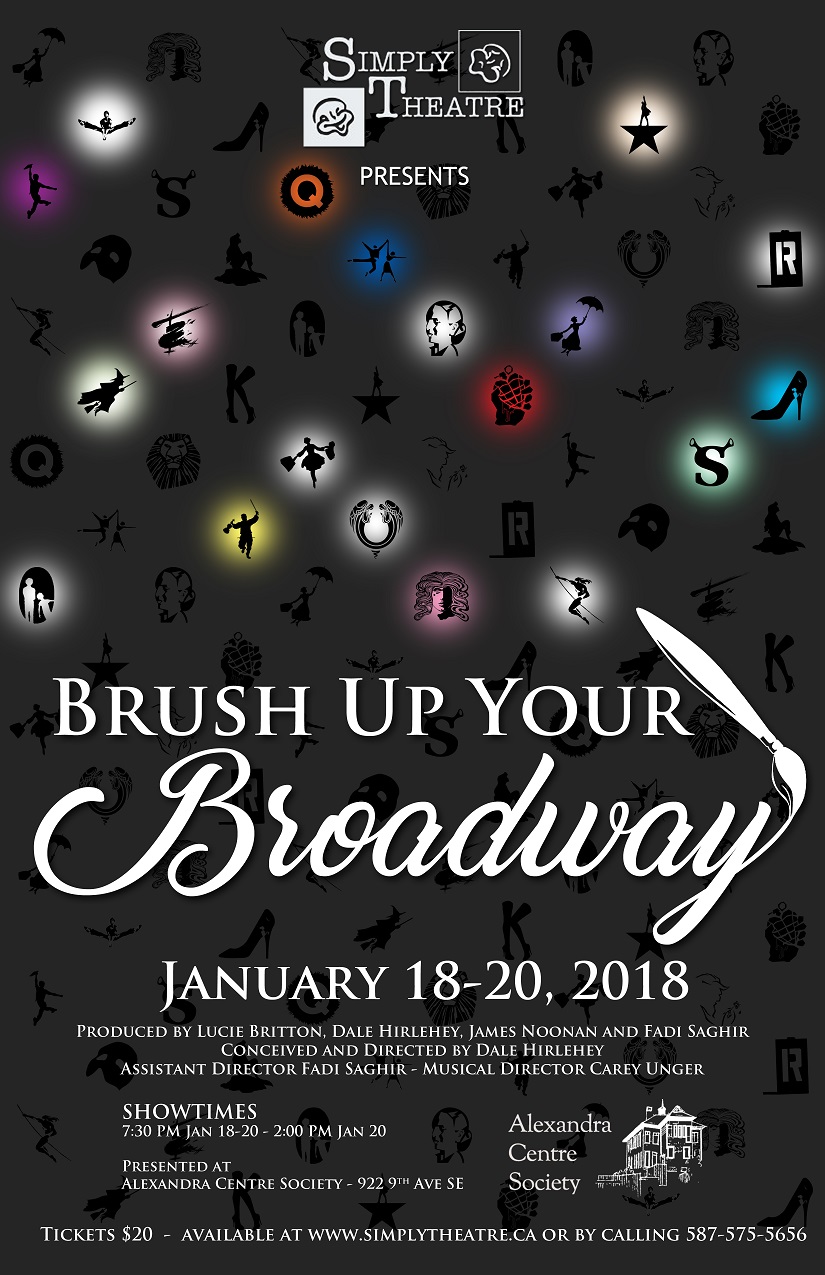 Brush Up Your Broadway was Simply Theatre's 3rd Production of the 2017/2018 season and our first fundraiser we've done in Calgary. The show was a huge success and raised a ton of money thanks to the hard work of our volunteers and coordinators. The show was a musical review conceived by Dale Hirlehey which consisted of a series of medleys and solo performances from some of Broadway's most beloved musicals.