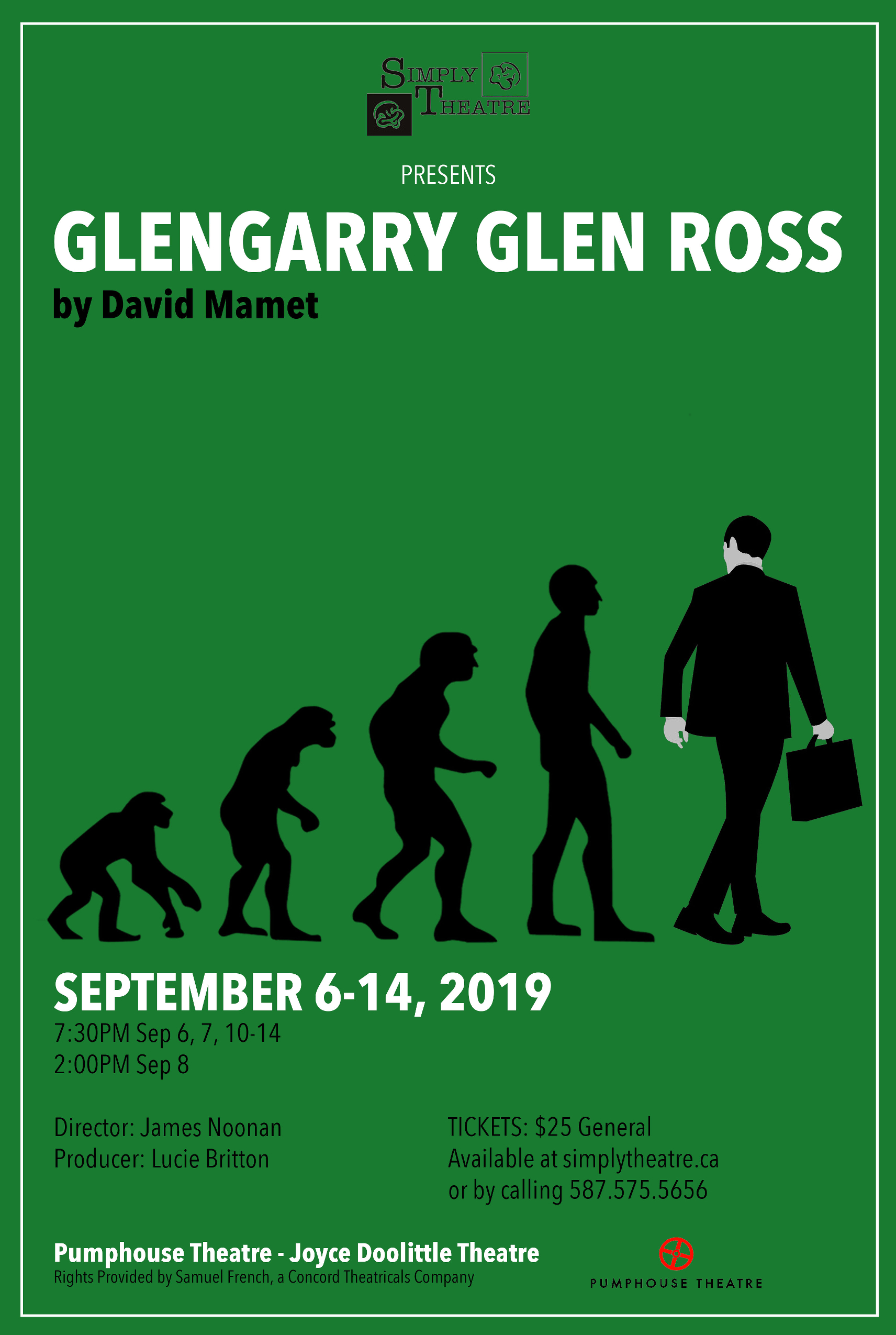 Simply Theatre's 5th exciting season started with David Mamet's award winning play, Glengarry Glen Ross. The show was directed by Simply Theatre co-founder and Artistic Director, James Noonan and was well received selling out six of it's eight shows, playing from September 6th to the 14th at the Joyce Doolittle Theatre in the Pumphouse. GGR was one of the most challenging pieces the company has attempted due to its extreme content and viscous characters but the incredibly talented cast held the tension and pace while delivering brilliant and honest performances.